The Mind of the Maker (Paperback) 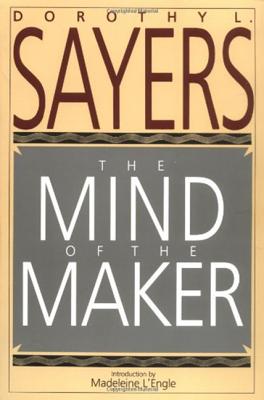 The Mind of the Maker (Paperback)


Special Order - Usually Arrives in 1-5 Days
This classic, with a new introduction by Madeleine L'Engle, is by turns an entrancing mediation on language; a piercing commentary on the nature of art and why so much of what we read, hear, and see falls short; and a brilliant examination of the fundamental tenets of Christianity. The Mind of the Maker will be relished by those already in love with Dorothy L. Sayers and those who have not yet met her.

A mystery writer, a witty and perceptive theologian, culture critic, and playwright, Dorothy Sayers sheds new, unexpected light on a specific set of statements made in the Christian creeds. She examines anew such ideas as the image of God, the Trinity, free will, and evil, and in these pages a wholly revitalized understanding of them emerges. The author finds the key in the parallels between the creation of God and the human creative process. She continually refers to each in a way that illuminates both.

Dorothy L. Sayers was born in 1893. She was one of the first women to be awarded a degree by Oxford University, and later she became a copywriter at an ad agency. In 1923 she published her first novel featuring the aristocratic detective Lord Peter Wimsey, who became one of the world's most popular fictional heroes. She died in 1957.